When it comes to the game of rugby, size does matter. Ruggers have to be strong and assertive in order to outmaneuver the competition and win the game. That is why it is important to understand the average size of a rugby player. Average rugby players come in a variety of sizes, from those that are tall and lanky, to those who are shorter and stockier.

In this article, we will discuss the average size of a rugby player, as well as how different positions affect a player’s size and how size affects playing the game.

Height is an advantage in rugby, as it allows players to reach for the ball, tackle and hold opponents, and also helps them avoid being tackled or knocked down. Taller players can also cover more ground on the field, making them more valuable to their teams.

The typical body type of an average rugby player is one that is fairly muscular and athletic. They typically have a larger body frame than the average person, with broad shoulders and strong arms. Players will generally have strong leg muscles and core strength, as well as good cardiovascular endurance.

Rugby players must have the ability to move quickly and react quickly to the game, so having a good level of fitness is essential to playing the game well. Generally, the average player will weigh between 75-95 kg and measure approximately 5 feet 9 inches in height. 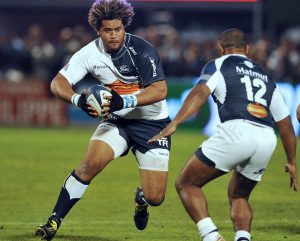 The average height and weight distribution of a rugby player is wide-ranging. The typical height range is between 5 feet 5 inches to 6 feet 6 inches, with most players falling between 5 feet 8 inches and 6 feet 2 inches.

Furthermore, the players must have good balance and coordination, as well as good stamina and endurance. Finally, they need to possess the ability to change direction quickly and explosively. All of these physical strength requirements are necessary for a successful rugby player.